Of Freedom, God and Christ

A couple of months ago I participated in a conversation on religion with some business colleagues. One of my co-workers made the statement that he cannot believe in a God because of the tragedies he had personally witnessed in Africa. If there was a god how could he allow such things to happen. This is not an original concept but when we are the personal witnesses to tragic events and injustice, as was my friend,  the point becomes very real.

For arguments sake let’s expand my friends comments to include  the Khmer Rouge genocide of 1.7M Cambodians, Hitler’s 12M, Stalin’s 23M and Mao’s 70M (Mao The Unknown Story by Jung Chang & Jon Halliday – this is an excellent read). What kind of a god would allow such horror? My answer; the same God who granted all men freedom of thought and action.

Let us think of the aforementioned events not as single events resulting in the deaths of  millions but as millions of individual murders. In that context a “just” God would not only have to stop the Stalins and Maos of the world but the murderer of any single human being.  One could argue that there are many things worse than death. So where do we draw line for the injustices we want God to prevent? If He were to stop all injustice then wouldn’t He need to control the behavior of all human beings?

Often the same people who rail against a god who would allow injustice to occur are also those who resist the notion that anyone can tell them what to do. They generally bridle at the idea of “commandments or rules” from God. And therein lies the hidden inconsistency of their argument against God. On the one hand they claim He cannot exist because there is injustice in the world. Yet on the other hand they value their own freedom of thought and action and resist all who would seek to abridge it.

While I am always saddened by injustice it only strengthens my faith in God to know that it is but a natural consequence of the freedom which He has granted all men. I would not want to live in a world where injustice was “prevented” because of the restraints that would be necessary to ensure such a condition.

Those of us who have children recognize the joy felt when they face a challenge and do the “right” thing without being compelled. Would we have the same reverence for Mother Theresa had she been forced to serve the poor and indigent. Moreover are we not strengthened through trials, is our character not forged in the furnace of “injustice”.  How many of the genuine heroes of yesterday (Ghandi, Churchill, Lincoln, Washington …) would have become such if they had not struggled in life.

Paul said it well when he stated in Romans 5:3-4 that “we glory in tribulations also: knowing that tribulation worketh patience; and patience, experience; and experience, hope.” Without the trials of life we would not rise to our true potential but would be stunted figures, mere shadows of what we could have been. 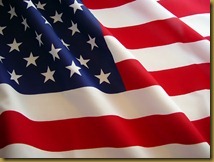 On this 4th of July 2011 how glad I am that I live in a country whose constitution was established to reflect the freedom of thought and action that God would have everyone enjoy. How thankful I am that there were men of courage and knowledge who allowed themselves to be used as a tool God’s hand in establishing this great nation.

On a day when we celebrate the birth of this nation we should also carry in our hearts gratitude for the birth of the Savior and His atoning sacrifice. A gift to everyone from God that allows us obtain forgiveness for the mistakes we all make with our God given freedoms.