The Crimes of the Tongue — William George Jordan 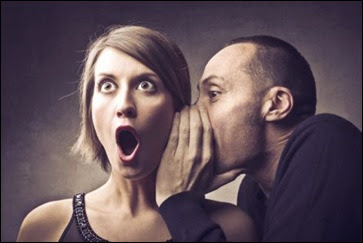 The following is the 2nd chapter from William George Jordan’s first book, The Kingship of Self-Control, 1898. After elections are over, I often wish everyone had read this before the campaigns started. Oh well, I’m sharing it now. It is a great read anytime.

The Crimes of the Tongue

The second most deadly instrument of destruction is the gun—the first is the human tongue. The gun merely kills bodies; the tongue kills reputations and, ofttimes, ruins characters. Each gun works alone; each loaded tongue has a hundred accomplices. The havoc of the gun is visible at once. The full evil of the tongue lives through all the years; even the eye of Omniscience might grow tired in tracing it to its finality.

The crimes of the tongue are words of unkindness, of anger, of malice, of envy, of bitterness, of harsh criticism, gossip, lying and scandal. Theft and murder are awful crimes, yet in any single year the aggregate sorrow, pain and suffering they cause in a nation is microscopic when compared with the sorrows that come from the crimes of the tongue. Place in one of the scale-pans of justice the evils resulting from the acts of criminals, and in the other the grief and tears and suffering resulting from the crimes of respectability, and you will start back in amazement as you see the scale you thought the heavier shoot high in air.

At the hands of thief or murderer few of us suffer, even indirectly. But from the careless tongue of friend, the cruel tongue of enemy, who is free? No human being can live a life so true, so fair, so pure as to be beyond the reach of malice, or immune from the poisonous emanations of envy. The insidious attacks against one’s reputation, the loathsome innuendoes, slurs, half-lies by which jealous mediocrity seeks to ruin its superiors, are like those insect parasites that kill the heart and life of a mighty oak. So cowardly is the method, so stealthy the shooting of the poisoned thorns, so insignificant the separate acts in their seeming, that one is not on guard against them. It is easier to dodge an elephant than a microbe.

In London they have recently formed an Anti-Scandal League. The members promise to combat in every way in their power “the prevalent custom of talking scandal, the terrible and unending consequences of which are not generally estimated.”

Scandal is one of the crimes of the tongue, but it is only one. Every individual who breathes a word of scandal is an active stockholder in a society for the spread of moral contagion. He is instantly punished by Nature by having his mental eyes dimmed to sweetness and purity, and his mind deadened to the sunlight and glow of charity. There is developed a wondrous, ingenious perversion of mental vision by which every act of others is explained and interpreted from the lowest possible motives. They become like certain carrion flies, that pass lightly over acres of rose-gardens, to feast on a piece of putrid meat. They have developed a keen scent for the foul matter upon which they feed.

There are pillows wet by sobs; there are noble hearts broken in the silence whence comes no cry of protest; there are gentle, sensitive natures seared and warped; there are old-time friends separated and walking their lonely ways with hope dead and memory but a pang; there are cruel misunderstandings that make all life look dark—these are but a few of the sorrows that come from the crimes of the tongue.

A man may lead a life of honesty and purity, battling bravely for all he holds dearest, so firm and sure of the rightness of his life that he never thinks for an instant of the diabolic ingenuity that makes evil and evil report where naught but good really exists. A few words lightly spoken by the tongue of slander, a significant expression of the eyes, a cruel shrug of the shoulders, with a pursing of the lips—and then, friendly hands grow cold, the accustomed smile is displaced by a sneer, and one stands alone and aloof with a dazed feeling of wonder at the vague, intangible something that has caused it all.

For this craze for scandal, sensational newspapers of today are largely responsible. Each newspaper is not one tongue, but a thousand or a million tongues, telling the same foul story to as many pairs of listening ears. The vultures of sensationalism scent the carcass of immorality afar off. From the uttermost parts of the earth they collect the sin, disgrace and folly of humanity, and show them bare to the world. They do not even require facts, for morbid memories and fertile imaginations make even the worst of the world’s happenings seem tame when compared with their monstrosities of invention. These stories, and the discussions they excite, develop in readers a cheap, shrewd power of distortion of the acts of all around them.

If a rich man gives a donation to some charity, they say: “He is doing it to get his name talked about—to help his business.” If he gives it anonymously, they say, “Oh, it’s some millionaire who is clever enough to know that refraining from giving his name will pique curiosity; he will see that the public is informed later.” If he does not give to charity, they say: “Oh, he’s stingy with his money, of course, like the rest of the millionaires.” To the vile tongue of gossip and slander, virtue is ever deemed but a mask, noble ideals but a pretense, generosity a bribe.

The man who stands above his fellows must expect to be the target for the envious arrows of their inferiority. It is part of the price he must pay for his advance. One of the most detestable characters in all literature is Iago[1]. Envious of the promotion of Cassio above his head, he hated Othello. His was one of those low natures that become absorbed in sustaining his dignity, talking of “preserving his honor,” forgetting it has so long been dead that even embalming could not preserve it. Day by day Iago dropped his poison; day by day did subtle resentment and studied vengeance distill the poison of distrust and suspicion into more powerfully insidious doses. With a mind wonderfully concentrated by the blackness of his purpose, he wove a network of circumstantial evidence around the pure-hearted Desdemona, and then murdered her vicariously, by the hand of Othello. Her very simplicity, confidence, innocence and artlessness made Desdemona the easier mark for the diabolic tactics of Iago.

Iago still lives in the hearts of thousands, who have all his despicable meanness without his cleverness. The constant dropping of their lying words of malice and envy have in too many instances at last worn away the noble reputations of their superiors.

To sustain ourselves in our own hasty judgments we sometimes say, as we listen, and accept without investigation, the words of these modern Iagoes: “Well, where there is so much smoke, there must be some fire.” Yes, but the fire may be only the fire of malice, the incendiary firing of the reputation of another by the lighted torch of envy, thrown into the innocent facts of a life of superiority.


[1] Iago is the main antagonist in Shakespeare’s play, Othello. He is the husband of Emilia, the attendant of Othello’s wife, Desdemona. Iago’s hatred of Othello leads him to develop a plan to destroy Othella by making him believe that Desdemona is having an affair with his lieutenant, Michael Cassio.