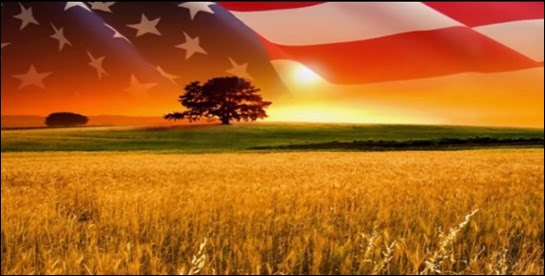 Last Sunday as we sang America the Beautiful at church my heart was pierced by the lyrics and tears began to roll down my cheeks. The words “God shed His grace on thee” led me to think of all the times in history that His hand rested upon our nation from its founding until today. Below are a couple of examples.

There are however times when it seems He has left us. Of course the reality is that we have left him. The following is a preface from an earlier post on Columbus, Providence and the Discovery of America where I shared my thoughts on this subject:

I find it curious that during a decade when when we’ve gone through one crisis after another (the Internet bubble, the real-estate crash, Katrina, 9/11, the financial melt-down of 2008 …) that while a lot of time and money has been spent trying to prevent similar problems in the future, society as a whole hasn’t taken an inward look to see if there are areas where we are off-track that contributed to these problems.

What! you say. How did we contribute to 9/11? We can see from the information that came out following 9/11 that there were a number of warning signs that were missed, not passed on to the right people, or ignored. Why? Could part of the issue be related to pride, an unwillingness to cooperate, and poor legislation which was crafted to protect the power of various departments but restricted cooperation that would have benefited all. The dots were there but no one connected them. We lacked the inspiration to put it all together.

Katrina? How could we have prevented that? It turns out that some of the levy failures in and around New Orleans were related to poor maintenance and/or flawed construction. Was someone selfish? Did someone try to cut corners to make a few bucks or were people complacent and unwilling to pay the price to be prepared?

The financial melt-down? Didn’t greed and selfishness play a part? Legislators seeking to win the favor of constituents encouraged banks to lend to those not qualified, banks seeking to reduce their risk and increase revenues packaged risky mortgages and sold them as investments, individuals made poor purchase decisions and signed up for mortgages that they really couldn’t afford.

Seems to me that the moral compass of society in general is a bit askew. That greed and selfishness were either directly responsible for the crisis or increased the resultant damages is difficult to deny. I think it could be argued that we removed ourselves from God’s protective embrace by distancing ourselves from Him through pride and selfishness. These crisis then were a natural consequence of our national culture and a reminder to return to Him..

In the aftermath of the these crisis Congress enacted laws. Hundreds if not thousands of new regulations were created. However, no amount of regulations will protect us from the unrestrained selfishness of those who lack a strong moral foundation. Governments cannot ensure that individuals are in tune and amenable to the promptings of Spirit. That is up to us personally.

As the words “And crown thy good with brotherhood” were sung I reflected on the countless acts of service I’ve witnessed in my lifetime contrasted with the sadness we see that surrounds the actions of those who have no regard for their brothers and sisters and seek only their self-interest. The tears continued to flow. 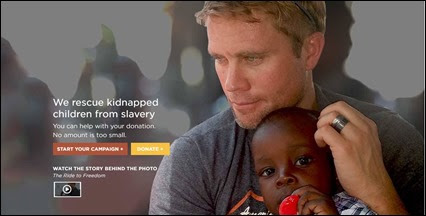 The words “confirm thy soul in self-control” rang out and I was saddened by the instant gratification messages which pervade our society and yet my resolve to fight this and focus my attention on others was strengthened.

“Thy liberty in law!” The teardrops kept falling as I thought of the blurring of the boundaries between the varies branches of the federal government (executive, judicial, and legislative) and the weakening of states rights which has contributed to our loss of liberty. I considered William George Jordan’s warning from 100 years ago that

The Federal Government, following the spirit of the age, is itself becoming a trust—a great governing trust, crowding out, and threatening openly still further to crowd out, the States, the small jobbers in legislation. As the wealth of the nation is concentrating in the hands of the few, so is the guidance of the destinies of the American people becoming vested in the firm, tense fingers of a small legislative syndicate. The nation soon will be no longer a solid impregnable pyramid, standing on the broad, firm safe base of the united action of a united people, but a pyramid dangerously balanced on its apex—the uncertain wisdom of a few.

“Other misfortunes may be borne, or their effects overcome. If disastrous war should sweep our commerce from the ocean, another generation may renew it: if it exhaust our treasury, future industry may replenish it, if it desolates and lay waste our fields, still, under a new cultivation they will grow green again, and ripen to future harvest. It were but a trifle if the walls of yonder capital (pointing to the US Capital Building) were to crumble, if its lofty pillars should fall, and its gorgeous decorations be all covered by the dust of the valley. All of these might be rebuilt. But who shall reconstruct the fabric of a demolished government? Who shall rear again the well proportioned columns of constitutional liberty? Who shall frame together the skillful architecture which unites national sovereignty with the state rights, individual security and public prosperity? No gentlemen, if these columns fall they will be raised not again. Like the Coliseum and the Parthenon they will be destined to a mournful, a melancholy immortality. Bitterer tears, however, will flow over them than were ever shed over the monuments of Roman or Grecian art; for they will be the remnants of a more glorious edifice than Greece or Rome ever saw – the edifice of constitutional American Liberty.”  — Daniel Webster, “Eulogy on Washington”, Feb 22, 1832

See also a speech by my father entitled “Liberty Lost.”

“O beautiful for heroes proved in liberating strife, Who more than self their country loved.” I was heartened by these words as I thought of Patrick Henry’s speech to the members of the 2nd Virginia Convention in 1775 where he said: 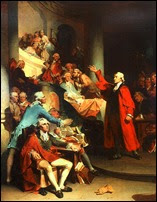 Shall we gather strength by irresolution and inaction? Shall we acquire the means of effectual resistance, by lying supinely on our backs, and hugging the delusive phantom of hope, until our enemies shall have bound us hand and foot? Sir, we are not weak, if we make a proper use of the means which the God of nature hath placed in our power. Three millions of people, armed in the holy cause of liberty, and in such a country as that which we possess, are invincible by any force which our enemy can send against us. Besides, sir, we shall not fight our battles alone. There is a just God who presides over the destinies of nations; and who will raise up friends to fight our battles for us. The battle, sir, is not to the strong alone; it is to the vigilant, the active, the brave. …

Is life so dear, or peace so sweet, as to be purchased at the price of chains and slavery? Forbid it, Almighty God! I know not what course others may take; but as for me, give me liberty, or give me death!

The last verse painted a vision for me that hope is not dead; that if we can but “see beyond the years” and exhibit brotherhood “from sea to shining sea” God will “shed His grace on” America.

On this July 4th enjoy this wonderful rendition of “America the Beautiful” by the Mormon Tabernacle Choir and take a few minutes to ponder its lyrics.

O beautiful for spacious skies,
For amber waves of grain,
For purple mountain majesties
Above the fruited plain!
America! America! God shed His grace on thee,
And crown thy good with brotherhood
From sea to shining sea!

O beautiful for pilgrim feet,
Whose stern impassion’d stress
A thoroughfare for freedom beat
Across the wilderness!
America! America! God mend thine ev’ry flaw,
Confirm thy soul in self-control,
Thy liberty in law!

O beautiful for heroes proved in liberating strife,
Who more than self their country loved,
And mercy more than life!
America! America! May God thy gold refine
Till all success be nobleness,
And ev’ry gain divine!

O Beautiful for patriot dream
That sees beyond the years
Thine alabaster cities gleam,
Undimmed by human tears!
America! America! God shed His grace on thee,
And crown thy good with brotherhood
From sea to shining sea!