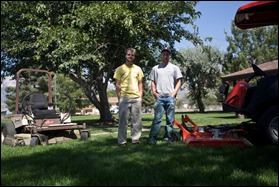 The council chambers were full again (~100 residents). The Blackstone and Highland Oaks project brought the most attendees. A few very dedicated residents stayed until after midnight to hear the Operational Safety Report regarding the Highland Blvd / 11800 N intersection. The meeting adjourned around 1 AM. What  I was impressed with is that despite the duration of the meeting, the emotions around some of the issues, and the opposing viewpoints held by council members and residents, by and large we were all able to disagree without being disagreeable.

Note, while the following items were on the agenda we adjourned prior to discussing them as it was about 1 am.