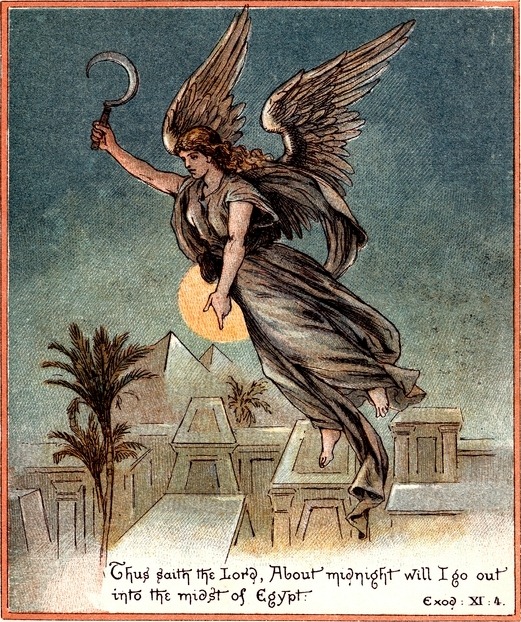 We read in the Old Testament of the many times God intervened in the affairs of man. From the escape of the Israelites from Egypt to the fall of Jericho, miracles seem to have been almost a daily occurrence. Why then did the Israelites repeatedly turn their back on the Lord? Good question, perhaps they simply forgot or were able to rationalize the miracles away. Many were the miracles associated with the founding of our country. These have been largely lost and are no longer to be found in today’s history books. On a day which we celebrate gratitude I would like to share one of my favorite “miracles”. One that that was celebrated for years and for which Henry Wadsworth Longfellow wrote a ballad about over 130 years after the incident.

The Americans and the British were at war with France from 1756 to 1763 (the French and Indian War). Had we lost this war our history would have been considerably altered and the United State of America might never have been born. Hostilities were in play prior to the “formal” war and we might have lost it before it ever started had the French fleet which set out to destroy Boston not been vanquished before a shot was fired. The fleet, which according to some accounts consisted of 20 ships of war, 32 transports and 21 smaller auxiliary vessels and carried in total 11,000 sailors and soldiers was commanded by Admiral Duc d'Anville. He was under orders to “expel the British from Nova Scotia, consign Boston to flames, ravage New England, and lay waste to the British West Indies.”

What transpired in October of 1746 is a miraculous story. Below is an brief account found in “John Adams and the American Revolution”, by Catherine Drinker Bowen, pp 10-12.

"[I]t was good the Governor had proclaimed a Fast Day to pray for deliverance from this present peril. Everywhere men observed it, thronging to the churches.

"In Boston the Reverend Thomas Prince, from the high pulpit of the Old South Meeting house, prayed before hundreds. The morning was clear and calm, people had walked to church through sunshine. 'Deliver us from the enemy!' the minister implored. 'Send thy tempest, Lord, upon the waters to the eastward! Raise Thy right hand. Scatter the ships of our tormentors and drive them hence. Sink their proud frigates beneath the power of Thy winds.'

"He had scarcely pronounced the words when the sun was gone and morning darkened. All the church was in shadow. A wind shrieked round the walls, sudden, violent, hammering at the windows with a giant hand. No man was in the steeple, afterward the sexton swore it - yet the great bell struck twice, a wild uneven sound. Thomas Prince paused in his prayer, both arms raised. 'We hear Thy voice, 0 Lord!' he thundered triumphantly. 'We hear it! Thy breath is upon the waters to the eastward, even upon the deep. Thy bell tolls for the death of our enemies!' He bowed his head; when he looked up, tears streamed down his face. 'Thine be the glory, Lord. Amen and amen!'

"'Amen and amen!' said Massachusetts, her hope renewed. All the Province heard of this prayer and this answering tempest.. Governor Shirley sent a sloop, the Rising Sun, northward for news. The Rising Sun found the French fleet south of Chebucto (now Halifax Harbor) and got chased for her pains. But she brought news so good it was incredulous - if one could believe it. The Rangers, a body of men commanded by Captain Gorman of the Boston, had gone, the end of September, to reconnoiter. The Rangers were mostly Indians, the French took them for Canadians and talked freely. Two of the largest French frigates had sunk in a storm, they said, on the Isle of Sable. The whole fleet was nearly lost, the men very sick with scurvy or some pestilential fever. Their great admiral, the Duc'd Anville, was dead.

"A week later the news was confirmed by other vessels entering Boston from the northeastward. D'Anville was indeed dead; it said he had poisoned himself in grief and despair when he saw his men dying round him. Two thousand were already buried, four thousands were sick, and not above a thousand of the land forces remained on their feet. Vice Admiral d'Estorunelle had run himself through the heart with his sword. The few remaining ships, halfmanned, were limping off to the southwestward, headed it was thought for the West Indies.

"Pestilence, storm and sudden death - how directly and with what extraordinary vigor the Lord had answered New England prayers. 'The country fell on its knees. Pharaoh's host overwhelmed in the Red Sea was no greater miracle. A paper with d'Anville's orders had been found, instructing him to take Cape Breton Island, then proceed to Boston - 'Lay that Town in Ashes and destroy all he could upon the coast of North America; then proceed to the West Indies and distress the Islands.'

"Storm and pestilence - why, it was like the destruction of the Spanish Armada! Governor Shirley said so, to the Massachusetts Legislatures assembled. Never had there been so direct an interference of Providence. 'Affavit Deus,' said Shirley, 'et dissipantur' - The Lord caused the wind to blow and they were scattered. A day of Thanksgiving and prayer was proclaimed. From every pulpit the good news rang. Hip and thigh the Lord had smitten the Philistines. There was no end to the joyful quotation: 'If God be for us who can be against us'?'"

It is difficult to be grateful for that of which we are not aware, which is why I’m saddened that stories like this are no longer a part of our culture. This Thanksgiving we can be grateful to live a country of opportunity, one that might never have come to be had Admiral d’Anville not been stopped before he could carry out his orders.

W.T. Purkiser, an author and preacher for the Church of Nazarene wrote, “Not what we say about our blessings, but how we use them, is the true measure of our thanksgiving.” How will we use the blessings that have been so abundantly showered upon us?

A ballad of the French fleet

A fleet with flags arrayed
Sailed from the port of Brest,
And the Admiral's ship displayed
The signal: 'Steer southwest.'
For this Admiral D'Anville
Had sworn by cross and crown
To ravage with fire and steel
Our helpless Boston Town.

There were rumors in the street,
In the houses there was fear
Of the coming of the fleet,
And the danger hovering near.
And while from mouth to mouth
Spread the tidings of dismay,
I stood in the Old South,
Saying humbly: 'Let us pray!

'O Lord! we would not advise;
But if in thy Providence
A tempest should arise
To drive the French fleet hence,
And scatter it far and wide,
Or sink it in the sea,
We should be satisfied,
And thine the glory be.'

This was the prayer I made,
For my soul was all on flame,
And even as I prayed
The answering tempest came;
It came with a mighty power,
Shaking the windows and walls,
And tolling the bell in the tower,
As it tolls at funerals.

The lightning suddenly
Unsheathed its flaming sword,
And I cried: 'Stand still, and see
The salvation of the Lord!'
The heavens were black with cloud,
The sea was white with hail,
And ever more fierce and loud
Blew the October gale.

The fleet it overtook,
And the broad sails in the van
Like the tents of Cushan shook,
Or the curtains of Midian.
Down on the reeling decks
Crashed the o'erwhelming seas;
Ah, never were there wrecks
So pitiful as these!

Like a potter's vessel broke
The great ships of the line;
They were carried away as a smoke,
Or sank like lead in the brine.
O Lord! before thy path
They vanished and ceased to be,
When thou didst walk in wrath
With thine horses through the sea!

I put this story into a skit suitable for use at Boy Scout camp fires or a family activity/lesson. Click on the following links to download either a Word or PDF version.

You can also go to the following sites for more information: