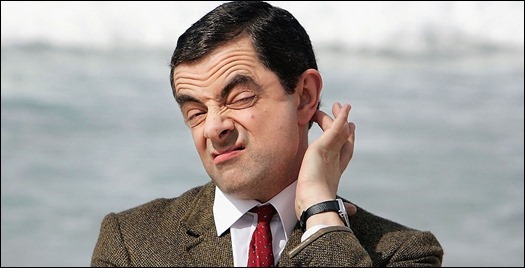 I occasionally feel like Mr. Bean looks when it comes to deciding whose box to check on the ballot. Let me share some thoughts on what I believe is important based on having served nearly two years on the Highland City council.

Elections are about selecting candidates for office who have both good character and sound judgment. It is less about how a particular candidate stands on a specific issue. When I ran there were a couple of things I was concerned about:

Since I’ve been elected I’ve spent time on both issues and we have made progress. However, those issues have not consumed the bulk of my time in council chambers.  I could not have predicted the range of issues which arose nor the degree of passion that residents had about them. I’ve responded to hundreds of emails and the council has listened to numerous residents who were passionate about issues such as:

It seems every couple of months a new issue arises that generates significant interest from some group.

When we elect someone to office we really need to understand their thought process. For me it is less important whether I agree with the position a candidate has on specific issue than I understand how the candidate arrived there. Other issues will come up and if I want to influence the actions of an elected official I need to understand:

It is also important to understand that there are some matters that come before elected officials where they are legally constrained in their actions regardless of what they might want to do. It is important for those who hold elected office to understand what level of discretion they have, as misusing their authority can create significant liabilities.

With this in mind let me handicap the current candidates for Highland City council. To start with let me say that I believe all candidates are men of good character, which gets them past my first gate (see my earlier post entitled Questions for Candidates).

Brian Braithwaite: Brian takes the time to become informed on issues. He comes to council meeting prepared and makes an effort to reach out to constituents. What many don’t know is that Brian initiated the employee policy change that eliminated the unlimited accrual of vacation hours. It is easy to disagree with Brian without the conversation becoming disagreeable. He tries to take the long view on issues (i.e. how will this impact the community in 10 – 20 years).

Tim Irwin: Tim is a good listener. He advocates for limited government and when looking at budget requests frequently asks the requestor is this an item for which you would be willing to take money from your neighbor by force. Good question. Although he is willing to advocate for a position, when it becomes clear that he does not have the votes he will move on so that other issues may be tackled. Like Brian, we can disagree and maintain our friendship.

I think both Brian and Tim I. have served the city well and I would love to continue working with them. They both have my support.

Tim Heyrend: Tim brings to the table experience in civil engineering. Specifically city infrastructure (sewer, water, roads). He currently works for West Jordan and has an understanding of city government. Tim is very transparent and does not hesitate to let you know his views. He is passionate about finding ways to reduce the cost to the of maintaining our roads. I’ve encouraged him to run because I think his informed perspective on this would add value to the city. While I don’t won’t always agree with Tim I do like that I know where he stands and why – I really like that. As I stated earlier knowing why someone holds a position provides others opportunity to attempt to persuade. Who knows in the course of a discussion I might even change my mind

Ed Dennis: Ed is a CPA and has audited cities. He understands the nature of government financing which can be a bit tricky. Ed consistently looks for ways to more effectively manage the city’s financial assets in order to reduce the cost of government. He has taken the time to be involved in resolving issues in Open Space developments and is clearly passionate about this. Like everyone else, Ed and I don’t see eye to eye on all issues but he has always been respectful in person.

Please take the time to vote tomorrow. You’ll feel better and be more invested in helping to keep Highland a wonderful place to live. Note, it is OK to vote for less than three candidates.