Curious about the 2015 Election in Highland?

There were no local burning issues and no mayoral contest but there was a county sales tax increase on the ballot. We had a 20.1% voter turnout this municipal election as opposed to 2013 when we had a 32.8% turnout. That means that each voter who turned out represented not only themselves but four other Highland voters. Historically, municipal elections with mayoral races draw a bigger turnout than city council only ones. Also,  there is a long term decline in voter turnout in Utah and across the nation. Below is a charts the shows the long term trend for congressional and presidential elections in Utah.

The decline could simply mean we have better (or worse) records now. It could also mean that since we now have stringent rules with respect to removing registered voters we have a larger number of “non-voting” registered voters. Utah county policy is that someone needs to not vote in at least 2 presidential elects before their name can be removed from the voter rolls unless the voter makes the request. I don’t know about you but notifying my prior state’s election official that I’ve moved was not high on my priority list the last time I moved.

Since the 60’s voting has been made easier with early voting, and permanent absentee voting so I don’t know that making it easier to vote is the answer.  If you have thoughts feel free to share. But I digress.

I’ve compiled a set of charts using the available election data from the 2015 Election. If you are curious as to the voter turnout by precinct, what percentage of voters used absentee ballots (vote by mail) … . You might enjoy looking at the charts below. If you want to look at the Google spreadsheet from which the charts were generated click here. 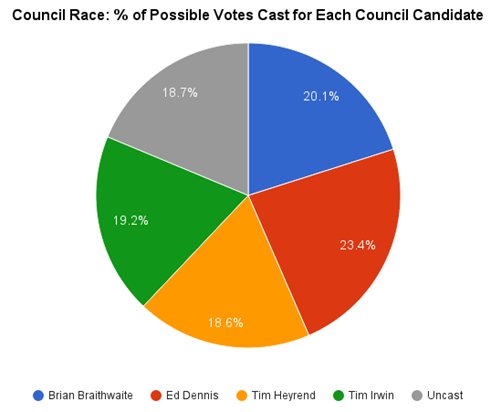 This pie chart shows % of votes received based on the votes that could have been cast. Each voter could have voted for up to 3 candidates. Some voted for only one or two. 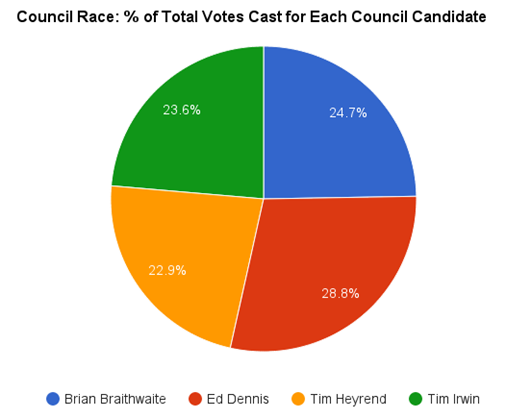 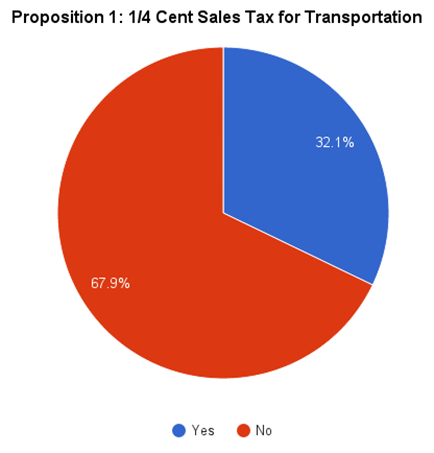 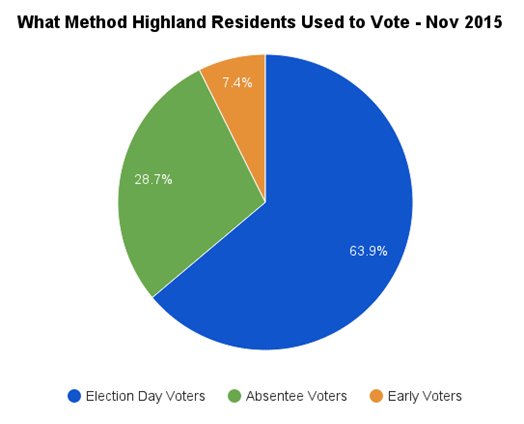 The council last year voted to allow residents to vote by-mail or in-person rather than vote-by-mail only. The chart above shows the split in voting methods. 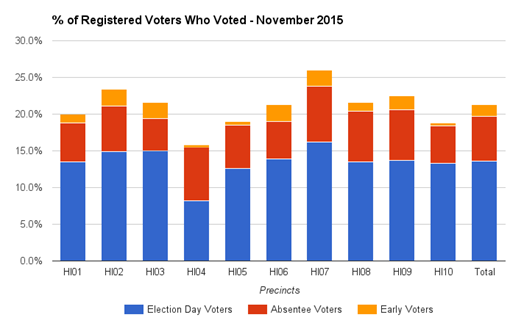 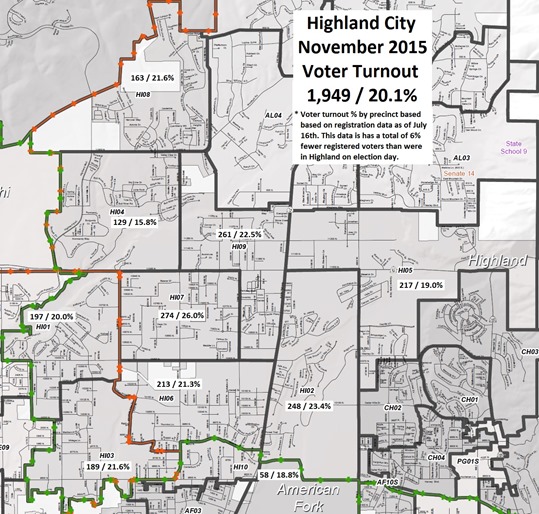