Here are the results as Tuesday night November 6, 2012:

Although there may be additional adjustments due to absentee and/or provisional ballots we can be fairly sure that the end result will stand.

Note, here’s the final count dated 20 November 2012. To see a signed copy of the Official Certification of the Highland City Municipal Election of November 8, 2012 click here.

My general comment is I’m grateful Highland had a chance to vote on this issue, happy that we won and confident that whichever side of the issue residents took, it was what they believed was best for the community.

To the many, many people who helped put this issue on the ballot, attended city council meetings, organized a community panel discussion, encouraged the city to publish a pro/con voter information pamphlet and then clearly articulated our view point, contributed money, articulated thoughts in written form and shared them with the community, put up signs (again and again:), took them down immediately after the election and otherwise shared their talents to communicate a message. Thank you, thank you, thank you! Our effort involved hundreds of residents who contributed many hundreds of hours. You made it happen!

Alexander Hamilton wrote the following in Federalist #1 and although it was written in the context of the debate on whether to ratify the US Constitution his words are equally applicable today.

So numerous indeed and so powerful are the causes which serve to give a false bias to the judgment, that we, upon many occasions, see wise and good men on the wrong as well as on the right side of questions of the first magnitude to society. This circumstance, if duly attended to, would furnish a lesson of moderation to those who are ever so much persuaded of their being in the right in any controversy. And a further reason for caution, in this respect, might be drawn from the reflection that we are not always sure that those who advocate the truth are influenced by purer principles than their antagonists. Ambition, avarice, personal animosity, party opposition, and many other motives not more laudable than these, are apt to operate as well upon those who support as those who oppose the right side of a question. Were there not even these inducements to moderation, nothing could be more ill-judged than that intolerant spirit which has, at all times, characterized political parties. For in politics, as in religion, it is equally absurd to aim at making proselytes by fire and sword. Heresies in either can rarely be cured by persecution.

A lot of harsh words were directed at proponents of retaining Highlands Sunday closing ordinance in public forums such as Facebook, newspaper articles and associated comments (I didn’t see any by Sunday closing supporters but I wasn’t looking for them). These were almost exclusively from non-residents of Highland. I had many polite exchanges neighbors and friends who supported the change to Sunday opening. Signs disappeared that supported both sides but that is not unusual. However, I did not hear leaders from either side encouraging the practice and know people who put signs back up from the opposition. That is the Highland that I love. 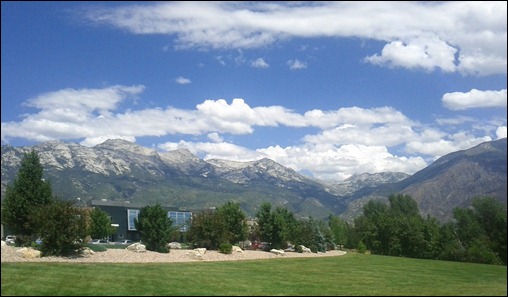 The sun rose today and it was a beautiful day. My neighbors (regardless of how they voted) are still great. They work hard, quietly serve others and deal with personal challenges that I would not relish facing. They are wonderful regular people. Highland is a great place to live!

Below are a list of links to related posts: