I recently had a one hour conversation with Jonathan Johnson who is running against Governor Gary Herbert to be the 2016 Republican nominee for Governor. I was invited to ask him anything regarding his run for office. Before I get into details I want to note that I thoroughly enjoyed the conversation. He was gracious, candid, and very likeable. I enjoyed getting to know him. As I thought about what I would ask him I reviewed two posts I’ve written on selecting candidates for office: “Questions for Candidates that Won't be Asked in a Debate” and “Selecting Candidates for Political Office.”

I asked him to tell me about any circumstances where he did what he believed was correct even though he knew there would be negative consequences. He cited a couple of examples. One was a decision he helped make at Overstock to sue a number of major Wall Street institutions (e.g., Morgan Stanley, Goldman Sachs, Bear Stearns …) for illegal stock manipulation. He knew that this would be unpopular within the finance community and Overstock would have significant legal expenses. What was not known at the time was that death threats would be involved. But the company persisted notwithstanding. One of those who made a threat was even sent to prison. Now 8 years after Overstock started down this path all but one lawsuit has been successfully concluded and the SEC has made regulatory changes. It was ultimately a win for Overstock and Jonathan, but it was a long fight and the outcome was not certain. 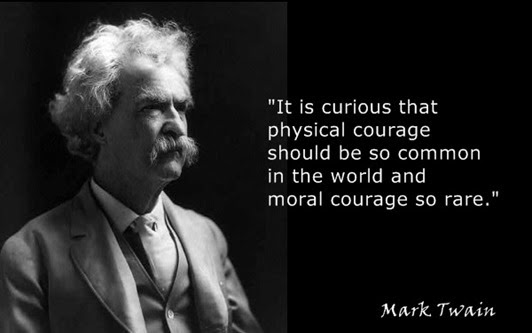 The other involved his creation of the First Freedom PAC in 2013 which sought to amend state constitutions to shield religious institutions from performing same-sex marriages. This resulted in Overstock being threatened with boycotts and fielding numerous calls from angered shoppers. In spite of a personal difference of opinion, Overstock’s CEO stood by Jonathan’s right of free speech. Jonathan knew his action be would controversial, as the CEO and Overstock itself had supported same-sex marriage. But, in spite of the risk, Jonathan stood firm in a position he felt was right and acted.

OK, check – a man of strong convictions who has the courage to act on those and then persist in spite of opposition.

We spoke about problem solving and management style. Jonathan recognizes that the governor does not succeed in isolation. With respect to those who report to him he asks a lot of why questions as they review plans. He wants to understand the “why” so that he can defend the decisions taken. He believes that as a leader he needs to ensure that those he works with get credit for successes and that he is in a position to take the heat when things don’t go as planned.

The hour went quickly. We didn’t spend the entire time talking about the candidate. He asked me a lot of questions as well. I guess Jonathan ascribes to the same philosophy as I do that the “winner” in any discussion is often the person who speaks the least.

I left the meeting wanting to learn more about his thoughts on issues like transportation and roads and ask some additional personal questions. I was impressed with several key characteristics:

Personally, I believe we elect or “hire” leaders to lead on principle, not necessarily public opinion. I don’t expect that they will agree with me 100% of the time (although I will work long and hard to ensure that they do :). I do expect them to become informed, listen to opposing views, make decisions and take ownership of them. Based on what I’ve learned this is what Jonathan Johnson does.

I would recommend that he be given serious consideration as a candidate for governor, especially if you have concerns about Common Core, want the state to control more of its’ lands, and/or believe self-reliance at a state level is important.

I look forward to learning more about Jonathan Johnson.