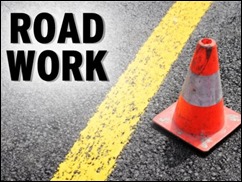 At the last council meeting we approved $1.5M worth road projects for the 2018 calendar year. Click here to see a detailed list of the projects and associated costs. Among the projects is rehabilitating 6000 W from 105550 N to 11800 N at a cost of $615K. Two of the originally planned projects were pushed out. One was delayed because a development was approved adjacent to the road which will put a lot of heavy equipment on the road. The other was pushed into next year because of budget limitations.

I was asked at the council meeting if I had talked with Alpine about helping out with our 6000 W rehabilitation project as Alpine residents travel on it. I hadn’t as there is no more reason to expect Alpine to help fund any of our maintenance and rehabilitation work than we would be willing to help fund projects on American Fork roads because our residents travel on their roads. That said, a study of traffic flow in Alpine and Highland was approved by the Mountainland Association of Governments (MAG). Our city engineer, Todd Trane, helped submit the study and get it approved. Output from the study will be used to determine if we need to construct additional roads and widen existing roads to help with traffic flow. In either case if these projects are shown to be regionally beneficial we could get future funding from MAG to execute them. 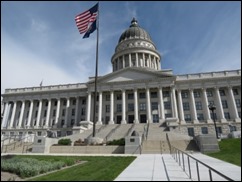 A resolution to approve the construction the East-West/Murdock connector HJR 7 passed the house 70 to 0 with 5 abstentions. Thank you Representative Mike Kennedy! It is now being reviewed by the Senate Transportation Committee. Click here to check the status of this item.

Members of the Senate Transportation Committee include:

Another resolution SJR 8 is moving through the senate. It will authorize the Developmental Center to sell or lease the land south of the high school down to the Murdock Canal (click here to view). There was an attempt on Friday by Senator Dayton to amend the resolution to remove “sell” from the text but the amendment failed due to a technicality. It will come up for a vote on Tuesday.  Feel free to contact Senator Hemmert (801-318-8262, dhemmert@le.utah.gov) or Senator Jake Anderegg (801-901-3580, janderegg@le.utah.gov) and let them know you support the original language which authorized selling or leasing the land. BTW they both opposed the amendment.

My personal concern is that the Dev Center will lease rather than sell the land in order to create an ongoing revenue stream. If the land is leased then we will not receive property tax on about $27M worth of property (the school district is also a big loser) and the land can be developed without regard to city ordinances. Click here to see the plan for development which was approved by the legislature in 2014. My understanding from the Dev Center project manager, Bill Exeter, is that while the layout may change, the planned content, 830 apartments, 255 homes, 50 townhomes,  retail and office space, will be largely the same. Click here to view the plan.

Kurt Ostler has done research and talked with a group that manages the state’s School and Institutional Trust Lands Administration (SITLA) money. Their investments have generated an average annual rate of return for the last 20 years of at least 7.5%. This same group uses a 4% annual rate of return when projecting leased land returns. Hmmm, an 87% better rate of return ($2.025M per year vs. $1.080M based on the $27M value of the land), no delay in waiting for the land to be developed and occupied, more funding for schools and public safety … . Why would the land not be sold if improved funding for the Developmental Center is the objective?

Here's a short video showing some of the problems which were fixed when the city relined sewer mains in the Pheasant Hollow subdivision. There were several cracks in the lines where ground water was entering the sewer main. Aside from the cost savings associated with relining rather than replacing the sewer mains we will have an estimated annual reduction in sewer lift station (the system that pushes sewerage up the hill to the sewer main located in Alpine Hwy) operating costs of $20,000.