Thirty residents attended the council meeting. Fifteen were scout affiliated (youth, leaders, parents), thirteen were there to discuss the Ashford Care Center north wall, one about the Dry Creek trail closing, and one good friend (thanks Mike) came for moral support. 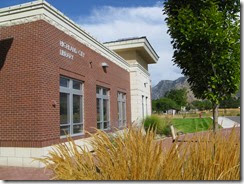