I’m adding Jim Matheson to the list of current Utah federal representatives who’s donations I’m analyzing. Below are charts & tables that summarize 2006-2012 campaign contribution data from MapLight (a nonprofit nonpartisan organization that seeks to show the impact of money on politics). I downloaded the data June 14, 2012.

Individual donors are required to provide addresses to campaigns so it is easy to show the source of funds from a location perspective. For PACs it is difficult because if a PAC is set up by a company with a national or global presence then it is hard to identify a specific location. If on the other hand it is a PAC that represents an industry or cause then donors can come from anywhere in the US. For the PACs I went through the list and identified the ones that I determined had a significant presence in Utah (for corporations I looked up where they had offices or plants) then added a small fudge factor to this total to err on the side of donations from Utah. Note, similar to Hatch donations I did not take the time to research all of them but I did look for those that I thought would have a Utah presence first. Also, I generalized the industries for the PAC contributions (e.g. Pharmaceuticals, Hospitals, Doctors, and Medical Devices are categorized as Healthcare) and added a pie chart to the sources PAC donations by Industry.

Unlike Senator Hatch or Representative Chaffetz a clear majority of Matheson’s donation came from PACs. 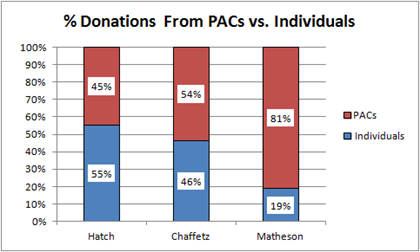 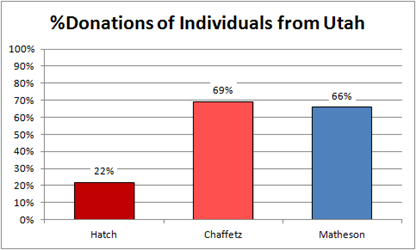 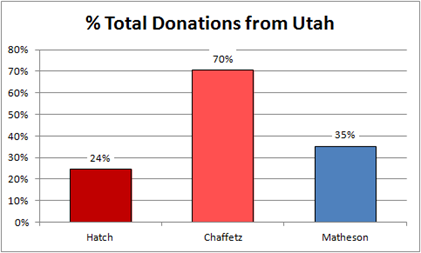 I was surprised that Matheson had such a high percentage of individual donations from Utah (66%). However, since PACs comprise 81% of his funding, even with a generous allocation of PAC sources to Utah (28%) his total Utah based donations were only 35%. Interesting enough although Matheson trailed Hatch significantly in total donations he beat Hatch by 10% in money raised through PACs. 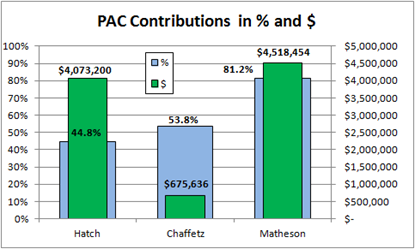 Another fact that jumped out to me as I reviewed his PAC donors were the large number of donations from Unions (10%). I went back to Hatch and Chaffetz and looked at their Union % and found they were 1% and 6% for Chaffetz (6% was also a surprise). The bulk of Chaffetz Union donations were from the US Postal Workers Union. 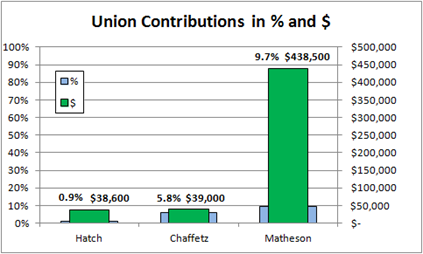 Here are the charts and tables for Representative Matheson: 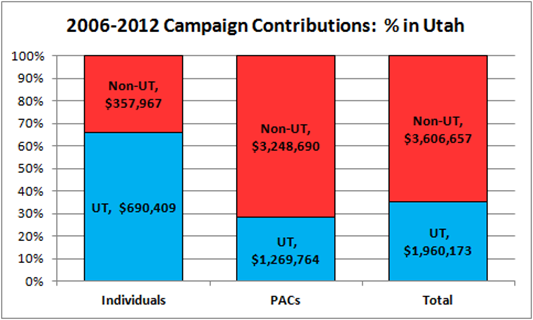 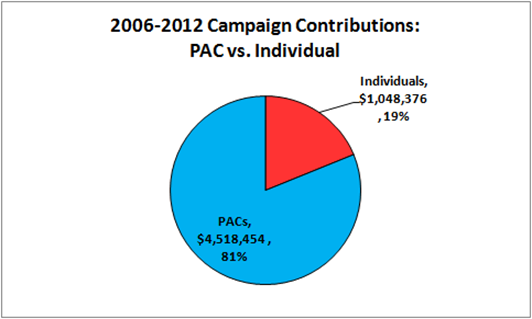 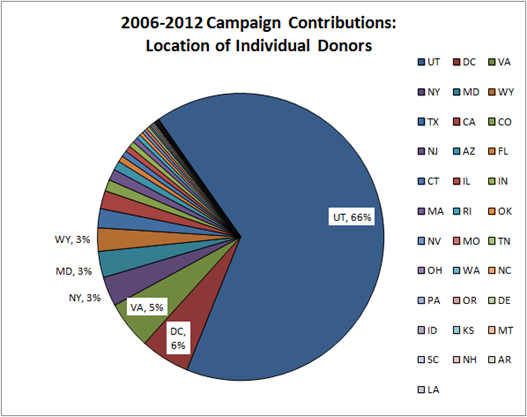 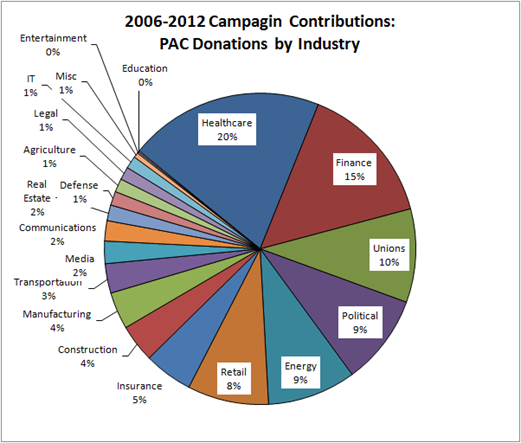