There is much in the world to be concerned about. However, worry can paralyze us. We’ve all been there. The weight of the world is on our shoulders and there are so many problems that we just can’t seem to get started on anything. Jordan’s short treatise on “Worry” doesn’t necessarily tell us anything we don’t know but can strengthen our resolve to find peace and take action. I hope you enjoy this. It is a chapter from his book The Kingship of Self-Control. Links to downloadable versions of this book and Jordan’s others can be found in my post Books by William George Jordan.

Worry is the most popular form of suicide. Worry impairs appetite, disturbs sleep, makes respiration irregular, spoils digestion, irritates disposition, warps character, weakens mind, stimulates disease, and saps bodily health. It is the real cause of death in thousands of instances where some other disease is named in the death certificate. Worry is mental poison; work is mental food.

When a child’s absorption in his studies keeps him from sleeping, or when he tosses and turns from side to side, muttering the multiplication table or spelling words aloud, when sleep does come, then that child shows he is worrying. It is one of Nature’s danger-signals raised to warn parents, and in mercy the parent should take a firm stand. The burden of that child’s daily tasks should be lightened, the tension of its concentration should be lessened, the hours of its slavery to education should be cut short. 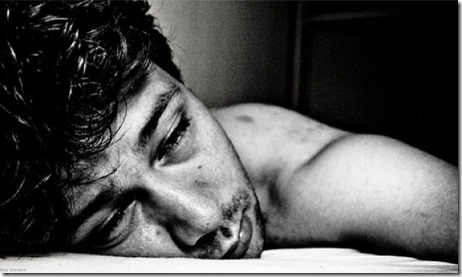 When a man or woman works over in dreams the problems of the day, when the sleeping hours are spent in turning the kaleidoscope of the day’s activities, then there is either overwork or worry, and most likely it is the worry that comes from overwork. The Creator never intended a healthy mind to dream of the day’s duties. Either dreamless sleep or dreams of the past should be the order of the night.

When the spectre of one grief, one fear, one sorrow, obtrudes itself between the eye and the printed page; when the inner voice of this irritating memory, or fear, looms up so loud as to deaden outside voices, there is danger to the individual. When all day, every hour, every moment, there is the dull, insistent, numb pain of something that makes itself felt through, above and below all our other thinking, we must know that we are worrying. Then there is but one thing to do,—we must stop that worry; we must kill it.

The wise men of this wondrous century have made great discoveries in their interviews with Nature. They have discovered that everything that has been created has its uses. They will teach you not to assassinate flies with paper coated with sweetened glue, for “the flies are Nature’s scavengers.” They will tell you just what are the special duties and responsibilities of each of the microscopic microbes with telescopic names. In their wildest moods of scientific enthusiasm they may venture to persuade you into believing that even the mosquito serves some real purpose in Nature, but no man that has ever lived can truthfully say a good word about worry.

Worry is forethought gone to seed. Worry is discounting possible future sorrows so that the individual may have present misery. Worry is the father of insomnia. Worry is the traitor in our camp that dampens our powder, weakens our aim. Under the guise of helping us to bear the present, and to be ready for the future, worry multiplies enemies within our own mind to sap our strength. 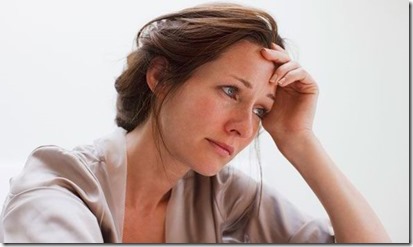 Worry is the dominance of the mind by a single vague, restless, unsatisfied, fearing and fearful idea. The mental energy and force that should be concentrated on the successive duties of the day is constantly and surreptitiously abstracted and absorbed by this one fixed idea. The full, rich strength of the unconscious working of the mind, that which produces our best success, that represents our finest activity, is tapped, led away and wasted on worry.

Worry must not be confused with anxiety though both words agree in meaning, originally, a “choking,” or a “strangling,” referring, of course, to the throttling effect upon individual activity. Anxiety faces large issues of life seriously, calmly, with dignity. Anxiety always suggests hopeful possibility; it is active in being ready, and devising measures to meet the outcome. Worry is not one large individual sorrow; it is a colony of petty, vague, insignificant, restless imps of fear, that become important only from their combination, their constancy, their iteration.

When Death comes, when the one we love has passed from us, and the silence and the loneness and the emptiness of all things make us stare dry-eyed into the future, we give ourselves up, for a time, to the agony of isolation. This is not a petty worry we must kill ere it kills us. This is the awful majesty of sorrow that mercifully benumbs us, though it may later become, in the mysterious working of omnipotence, a rebaptism and a regeneration. It is the worry habit, the constant magnifying of petty sorrows to eclipse the sun of happiness, against which I here make protest.

To cure worry, the individual must be his own physician; he must give the case heroic treatment. He must realize, with every fibre of his being, the utter, absolute uselessness of worry. He must not think this is commonplace,—a bit of mere theory; it is a reality that he must translate for himself from mere words to a real, living fact. He must fully understand that if it were possible for him to spend a whole series of eternities in worry, it would not change the fact one jot or tittle. It is a time for action, not worry, because worry paralyzes thought and action, too. If you set down a column of figures in addition, no amount of worry can change the sum total of those figures. That result is wrapped up in the inevitability of mathematics. The result can be made different only by changing the figures as they are set down, one by one, in that column.

The one time that a man cannot afford to worry is when he does worry. Then he is facing, or imagines he is, a critical turn in affairs. This is the time when he needs one hundred per cent of his mental energy to make his plans quickly, to see what is his wisest decision, to keep a clear eye on the sky and on his course, and a firm hand on the helm until he has weathered the storm in safety.

There are two reasons why man should not worry, either one of which must operate in every instance. First, because he cannot prevent the results he fears. Second, because he can prevent them. If he be powerless to avert the blow, he needs perfect mental concentration to meet it bravely, to lighten its force, to get what salvage he can from the wreck, to sustain his strength at this time when he must plan a new future. If he can prevent the evil he fears, then he has no need to worry, for he would by so doing be dissipating energy in his very hour of need.

If man do, day by day, ever the best he can by the light he has, he has no need to fear, no need to regret, no need to worry. No agony of worry would do aught to help him. Neither mortal nor angel can do more than his best. If we look back upon our past life we will see how, in the marvelous working of events, the cities of our greatest happiness and of our fullest success have been built along the rivers of our deepest sorrows, our most abject failures. We then realize that our present happiness or success would have been impossible had it not been for some terrible affliction or loss in the past,—some wondrous potent force in the evolution of our character or our fortune. This should be a wondrous stimulus to us in bearing the trials and sorrows of life.

To cure one’s self of worry is not an easy task; it is not to be removed in two or three applications of the quack medicine of any cheap philosophy, but it requires only clear, simple, common-sense applied to the business of life. Man has no right to waste his own energies, to weaken his own powers and influence, for he has inalienable duties to himself, to his family, to society, and to the world.