The following is the first chapter in William George Jordan’s first book, The Majesty of Calmness. It is very apropos for the circumstances the world find’s itself in today.

mness is the rarest quality in human life. It is the poise of a great nature, in harmony with itself and its ideals. It is the moral atmosphere of a life self-centred, self-reliant, and self-controlled. Calmness is singleness of purpose, absolute confidence, and conscious power―ready to be focused in an instant to meet any crisis.

The Sphinx is not a true type of calmness―petrifaction is not calmness; it is death, the silencing of all the energies; while no one lives his life more fully, more intensely and more consciously than the man who is calm.

The Fatalist is not calm. He is the coward slave of his environment, hopelessly surrendering to his present condition, recklessly indifferent to his future. He accepts his life as a rudderless ship, drifting on the ocean of time. He has no compass, no chart, no known port to which he is sailing. His self-confessed inferiority to all nature is shown in his existence of constant surrender. It is not―calmness. 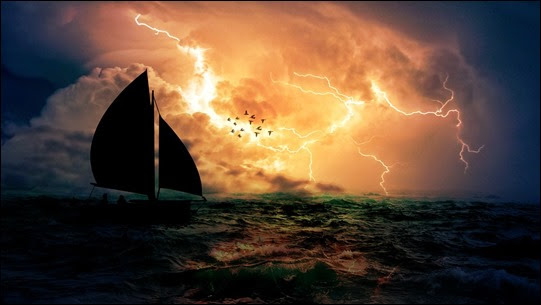 The man who is calm has his course in life clearly marked on his chart. His hand is ever on the helm. Storm, fog, night, tempest, danger, hidden reefs—he is ever prepared and ready for them. He is made calm and serene by the realization that in these crises of his voyage he needs a clear mind and a cool head; that he has naught to do but to do each day the best he can by the light he has; that he will never flinch nor falter for a moment; that, though he may have to tack and leave his course for a time, he will never drift, he will get back into the true channel, he will keep ever headed toward his harbor. When he will reach it, how he will reach it, matters not to him. He rests in calmness, knowing he has done his best. If his best seem to be overthrown or overruled, then he must still bow his head―in calmness. To no man is permitted to know the future of his life, the finality. God commits to man ever only new beginnings, new wisdom, and new days to use the best of his knowledge. 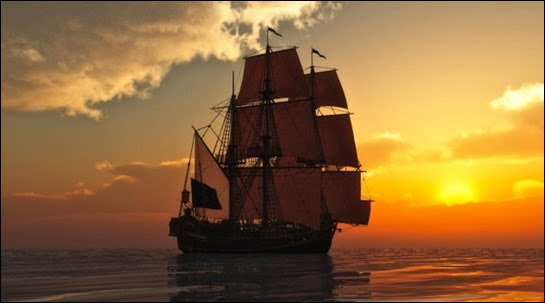 Calmness comes ever from within. It is the peace and restfulness of the depths of our nature. The fury of storm and of wind agitate only the surface of the sea; they can penetrate only two or three hundred feet; below that is the calm, unruffled deep. To be ready for the great crises of life we must learn serenity in our daily living. Calmness is the crown of self-control. 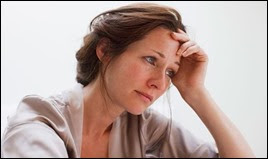 When the worries and cares of the day fret you, and begin to wear upon you, and you chafe under the friction—be calm. Stop, rest for a moment, and let calmness and peace assert themselves. If you let these irritating outside influences get the better of you, you are confessing your inferiority to them, by permitting them to dominate you. Study the disturbing elements, each by itself, bring all the will power of your nature to bear upon them, and you will find that they will, one by one, melt into nothingness, like vapors fading before the sun. The glow of calmness that will then pervade your mind, the tingling sensation of an inflow of new strength, may be to you the beginning of the revelation of the supreme calmness that is possible for you. Then, in some great hour of your life, when you stand face to face with some awful trial, when the structure of your ambition and life-work crumbles in a moment, you will be brave. You can then fold your arms calmly, look out undismayed and undaunted upon the ashes of your hope, upon the wreck of what you have faithfully built, and with brave heart and unfaltering voice you may say: “So let it be—I will build again.” 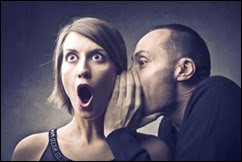 When the tongue of malice and slander, the persecution of inferiority, tempts you for just a moment to retaliate, when for an instant you forget yourself so far as to hunger for revenge—be calm. When the grey heron is pursued by its enemy, the eagle, it does not run to escape; it remains calm, takes a dignified stand, and waits quietly, facing the enemy unmoved. With the terrific force with which the eagle makes its attack, the boasted king of birds is often impaled and run through on the quiet, lance-like bill of the heron. The means that man takes to kill another's character becomes suicide of his own.

No man in the world ever attempted to wrong another without being injured in return—someway, somehow, sometime. The only weapon of offence that Nature seems to recognize is the boomerang. Nature keeps her books admirably; she puts down every item, she closes all accounts finally, but she does not always balance them at the end of the month. To the man who is calm, revenge is so far beneath him that he cannot reach it, even by stooping. When injured, he does not retaliate; he wraps around him the royal robes of Calmness, and he goes quietly on his way.

When the hand of Death touches the one we hold dearest, paralyzes our energy, and eclipses the sun of our life, the calmness that has been accumulating in long years becomes in a moment our refuge, our reserve strength.

The most subtle of all temptations is the seeming success of the wicked. It requires moral courage to see, without flinching, material prosperity coming to men who are dishonest; to see politicians rise into prominence, power and wealth by trickery and corruption; to see virtue in rags and vice in velvets; to see ignorance at a premium, and knowledge at a discount. To the man who is really calm these puzzles of life do not appeal. He is living his life as best he can; he is not worrying about the problems of justice, whose solution must be left to Omniscience to solve.

When man has developed the spirit of Calmness until it becomes so absolutely part of him that his very presence radiates it, he has made great progress in life. Calmness cannot be acquired of itself and by itself; it must come as the culmination of a series of virtues. What the world needs and what individuals need is a higher standard of living, a great realizing sense of the privilege and dignity of life, a higher and nobler conception of individuality.

With this great sense of calmness permeating an individual, man becomes able to retire more into himself, away from the noise, the confusion and strife of the world, which come to his ears only as faint, far-off rumblings, or as the tumult of the life of a city heard only as a buzzing hum by the man in a balloon.

The man who is calm does not selfishly isolate himself from the world, for he is intensely interested in all that concerns the welfare of humanity. His calmness is but a Holy of Holies into which he can retire from the world to get strength to live in the world. He realizes that the full glory of individuality, the crowning of his self-control is—the majesty of calmness.