Selling Ideas and the Politics of Me

I worked on the campaign of a primary candidate a couple of years ago (made phone calls, sent e-mails, distributed signs …). It was an interesting process and although the candidate I worked for lost I would do it all again.

Now let me pause here for a second. You might be asking, why is he talking about this in the context of selling ideas? The answer is because regardless of what organization you are in, if you want to implement a new idea you need to sell it to multiple constituencies. For example, if you work at a services firm and have an idea on how to improve the project plan for a particular client project you have to:

Each constituency requires a separate sales strategy that addresses their specific needs. 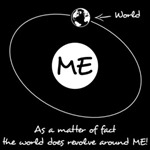 How people react to a new idea is often less related to the concept you are selling than how it impacts them individually (i.e. the “politics of me”). They often resist simply because they don’t know how the idea will impact them (e.g. will someone else become a hero and NOT me if this succeeds or if it fails and I support it will I look bad). That the idea may make things better for their organization may be secondary to how it impacts their career.

Now back to my experience in the primary election.

As I spoke with voters I was almost always able to have civil conversations with individuals who supported the opposing candidate; something that I was delighted to discover. I genuinely enjoyed these conversations. As I listened to why they were supporting their candidate it often caused me to further investigate my candidate. Over time this strengthened rather than weakened my support. However, had I simply rejected the other perspective out of hand I would not have had that growing experience. Even when the other person was initially somewhat hostile I found that genuinely listening almost always softened the tone of the conversation and they often changed their view of my candidate. When I reacted by attacking (I must admit that happened once or twice) the dialog devolved and the experience left me with a bitter aftertaste. Great life lesson!

Early in my career, listening was not something I did particularly well. My approach to selling a new idea was to simply bring it up in staff meetings, thinking that the team would immediately agree because of the obvious brilliance of my idea. Rarely, if ever, did this work and I was puzzled. I did not understand that “personal politics” are nearly always in play and are generally best dealt with one on one.

If you share your thoughts in private and then listen, genuinely listen, with an open mind your ideas will have a much better chance of being improved, accepted and adopted. As you incorporate the thoughts of those with whom you speak they end up sharing ownership of the solution and often become strong advocates. President Reagan used to say “There is no limit to what you can accomplish if you don't care who gets the credit.”

Socializing your idea individually also allows you to discover hidden agendas that you would not discern in a group situation. You can then take the time to come up with strategies to deal with them prior to introducing the idea to a broader audience. Additionally you’ll find, as I did, that deep down most people want to make the world (or work environment) a better place. And you may make some new friends.