Why Rush to Make Fundamental Changes in Utah’s Political System? 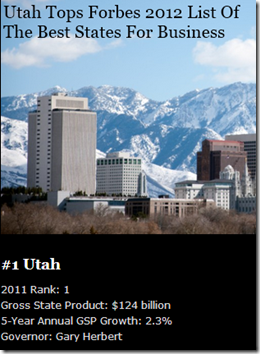 With all of these accolades one would think those looking at our state’s political system would be looking for what is right and working. Not the case for a Utah group who label themselves the “Count My Vote Executive Committee” (CMV). They are threatening the state’s political parties, stating that, they will run a petition to enact a law that makes significant changes to each party’s nominating process if the parties do not conform to their demands (click here to see their latest memo to the parties).

Can systems and processes be improved? Always! But I ask, is there something fundamentally wrong in Utah government when we are leading the nation on so many fronts? What is driving the group to demand change? One of the claims is that our current nominating system is driving down voter participation? Is that really so? Where is the evidence? At last year’s caucuses a record number of citizens participated in local meetings. In the precinct where I reside we had more than twice the attendance of any previous caucus. Hmm, is there are problem here? In the 1996  presidential election voter turnout was 52.1 percent based on Utah residents that were eligible to vote in 2012 it was 56.0 percent a 7.7 percent increase [6].

Members of the CMV have also noted that our process is unique in the nation. Should we change our process to be more like other states, for example California? If our goal is to be more like California in how they manage their debt or support businesses then of course we want to change! Seriously though, don’t we like being unique (#1) in those areas? Don’t we enjoy our status of being a leader? Why are we then afraid of being unique in the process we use to nominate party representatives for office?

Moreover, is it really wise to ask the state to determine the process private organizations to use in selecting their leaders and representatives? Would we even consider creating a law to dictate to the Catholic Church how to select their leaders because some religious professors, former Catholic leaders, and consultants (who were lobbying for specific individuals to be Bishops or Cardinals) thought they knew better? Would we consider it correct to run a state petition in Utah to dictate to the LDS church how to select their local leaders because a few did not consider the process fair or inclusive? Of course not! They are private organizations and if really we wanted to influence their policies we would work from within the group; not create a law to force them to change.

Are the ideas of the CMV worthy of consideration?  Yes! In fact the Republican State Central Committee voted unanimously on April 13, 2013 to support a resolution to “research, discuss and consider improvements to the Republican Caucus/Convention System, which improvements may be implemented and / or added to the Caucus Handbook of Instructions …”

There is no crisis that demands an immediate resolution. Republicans and Democrats will continue to improve their systems, but will do so in a deliberate and measured fashion rather than the rushed process demanded by a small outside group. Utah will become an even better place to live because we have residents who care to be involved and because we have a system that allows the everyday man or woman to make a difference.

Here are some items I think could be explored more deeply so that good decisions can be made:

I’m not sure what the best vehicle for such a discussion would be, but whatever the format, a lot of work would need to be done in advance so the discussion would be based on objective information not just one person’s opinion versus another.

Of course another approach would be to follow the adage for success; fail fast and fail often. The CMV’s approach of enshrining their ideas into law would mean that we might fail fast but could not fail often. Rectifying a problem created by unintended consequences would be lengthy and costly. Wouldn’t it be much better to let the parties implement changes in their by-laws or caucus rules which can be quickly revised to make improvements.

Do you know what percentage of successful companies had to abandon their original strategy in order to succeed? 93%! [7]. Does the CMV think they are brighter than leaders and investors in 93% of successful companies? Would anyone seriously want to put their ideas into the law books where they become difficult if not impossible to change?

Another good quote that supports the fail fast and fail often approach is from George Box, former president of the American Statistical Association. He said, “the only way to know how a complex system will behave--after you modify it--is to modify it and see how it behaves.” [8] Certainly, the caucus/convention system qualifies as a complex system. Of course I don’t think anyone is advocating for random changes. We need to do our best to make informed changes but we also need to be able to undo them if there are unintended consequences.