In 1998 I was involved in launching a new product which fell flat in spite of a very successful start. At the time, I was the global head of marketing for a small public company. We had developed a prototype of a USB authentication token we called the iKey which, although it looks very familiar today, at that time it was a novel form factor.

We developed the concept in late 98 but because we had finished the budgeting process earlier there was no money allocated to launch the new product.. Part of our planning included test marketing which generated interest from companies such as Apple, Ford, and Intel with potential unit volumes in the 100,000's. Within 45 days we were also mentioned in ten trade publications and were on a silicon valley technology news broadcast (my 5 minutes of fame:). With these initial successes in hand executive staff agreed to fund our launch plan with new money equal to 70% of the existing marketing budget (in spite of the universal view of each business line head that this was not possible). 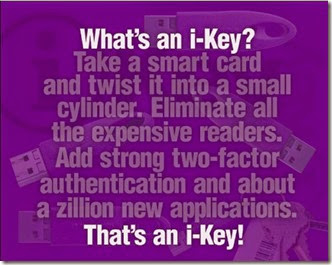 We hit the road running. Our early successes included:

We were running so fast that senior management was not kept up to speed on a consistent basis. Because of the visibility in the market we had created nearly everyone in the company wanted to be part of this program. Thus when there were some early product issues, the executive team had a wide variety of leaders who wanted to help fix things. They were ALL allowed to do just that.

A "Tiger Team" was formed which was chaired by 3 senior managers and included 12 sub-committees. In all 27 leaders (including the small initial management team) were now in charge. Needless to say decision making become complex and too many projects ended up being executed simultaneously to accommodate divergent opinions. The resultant product delays led to sales selling things that did not exist and after a few months their interest in spending time on the new & exciting product waned.

Eventually (18 months later) iKey sales did pick up and it did make money for the company. However, for me this was a very frustrating experience. Here are some of the lessons I took away:

Failures can be great teachers.