My Perspective on a Meeting with Governor Herbert 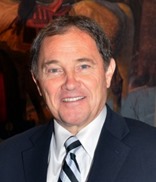 I was invited to participate in a breakfast meeting with Governor Herbert along with a few other N. county residents, some of whom were state delegates and most of whom had differences with the Governor on important issues. Kudo’s to the Governor for meeting with those who don’t necessarily see eye-to-eye with him.

Governor Herbert was an active listener and acknowledged that there were issues to be addressed. It was a good experience for me and I believe most of those involved. One item that came out of the discussion was the need for him to hear from a broader set of voices on education related issues and his willingness create a vehicle for doing that. 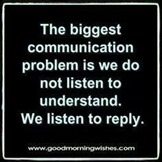 During the dialog he acknowledged that there were areas in education which need improvement. This is a different perspective than I get when I hear him and other incumbent politicians address larger groups. Perhaps the fault, at least in part, lies with us. If we rabidly attack individuals and ascribe negative motives to their actions at the first sign of a flaw then should be surprised when there is a reluctance to admit that problems exist? However, if there is no acknowledgement that improvements need to be made or issues addressed then how can we be expected to recognize that efforts were expended to make changes when no changes were needed.

Note, with respect to education, while the governor does have significant influence he does not have direct control over education. I therefore understand not wanting to own this issue completely because the governor cannot unilaterally fix it.

Relative to SB-54, I really don’t have an issue with the Governor electing to collect signatures to get on the primary ballot and going the convention route. It is, after all, the law. There is also some irony in Ted Cruz supporters lauding his efforts to understand each state’s delegate selection process and working the system to his advantage, yet criticizing local and state candidates in Utah who do the same.

A positive aspect to the Governor and others taking the signature route is that now data will exist on the impact of SB-54 on candidates. This data could be used in discussing the future of SB-54. For example, if the cost is now significantly higher then does this new law really make it easier for people to run for office? A question is whether any effort will be made to collect the information and utilize it.

I want to thank the Governor for taking the time to address some tough questions. I generally liked his responses and wish we had more time to ask additional questions such as: