Issues and Information 26-May-2016: East-West Connector and State Land, a Discussion with Senator Dayton 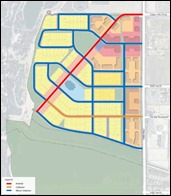 Thanks to those who attended the meeting last night, especially, Senator Margaret Dayton, Rep Mike Kennedy, Rep Kay Christofferson, and State Auditor John Dougall. I counted over 60 people in attendance. Lots of questions were asked, most were answered, and everyone was very respectful.

For a background on some of the history related to the land and the east-west connector please see my earlier post entitled  “Highland East-West Connector History“.

On Monday I had a call with Senator Dayton. We talking about the upcoming meeting and at some point in the call I could no longer hear her and I assumed that she hung up on me. She had the same experience and assumed I hung up on her. Good thing John Dougall told me that she thought I hung up on her so we could get that straightened.

Aside from my thoughts on the meeting you’ll find Tammy Hodson notes from the meeting.Thank you Tammy for allowing me to share them!

Here are my personal take-aways:

First and foremost we learned anything done with development center state land requires legislative approval. This is something Sen. Dayton put into place over 20 years ago.

Rep. Kennedy had thought that Pheasant Hollow had been on board with this latest USDC Master Plan. He learned that they hadn't been in the loop for this latest decision. However, the USDC is on board with it. Rep. Kennedy wants to be careful in how he intervenes in a person's life. So he made the choice to step back until he could learn more about the issue.

Decisions made in regards to the USDC's land are 'generational.' Generations of people including those who may reside or receive services via the USDC, to the communities surrounding the USDC will have to live with these decisions.

It was also pointed out that where the East-West Corridor is placed will become the north boundary for the USDC, meaning that this will be the deciding factor as to how much the USDC can expand.

Sen. Dayton explained the history of the USDC, and how much of it's land went to golf courses, and Lone Peak, with no ongoing revenue benefiting the USDC, and it's current and future clients.

Sen. Dayton is very passionate that there be a revenue stream for those who need the services of the USDC, rather than it relying on only tax dollars. She also mentioned that the money that had been donated to USDC through wills, and other venues, had actually been used by the legislature for other things rather than the needs of the USDC.

She talked about getting the funding for dental services at USDC, and the new ASH building for those who's behaviors are extreme and a threat to others as well as themselves.

Sen. Dayton feels that while some families may choose to keep their adult children with special needs at home or in group homes, that group homes can pick and choose who they take and won't take, while the USDC accepts everyone. She feels that the USDC should always be an option parents have. Her long term goals include offering respite via the USDC and creating Autism specific opportunities for this ever increasing population within our state.

She then explained the role of the new board. Basically it will be this new board that we petition for an East-West corridor. It will be IMPORTANT that we attend each and every meeting this board has. My neighbor and I are going to create a committee to be a local citizens oversight of this board, and then get the information out to everyone. And, YES, we could use your help. Please PM me for more details.

As was mentioned above, the names that Sen. Dayton turned into the Governor and that were then approved by the Senate were overwhelmingly disappointing. Four members of the new board are people who had a specific purpose and needed to be on this board as representatives for the USDC. For example, one current resident of the USDC will be on the board. Others may disagree, but I like the fact that a representative from the actual USDC residents will be serving. I'm a fan of self-advocacy.

The last five representatives were seen to be potentially problematic.Because the USDC is a state facility, Sen. Dayton felt people from all over the state should be represented. She also felt there should be someone from the medical field on the new board. She chose Pheasant Hollow resident, Scott Smith.

There was some frustration in regards to these choices, as they did not include ANYONE to represent the East-West corridor, or the local community that feels this is a necessity.

There were some attendees who felt that to make this board balanced, someone from the local communities that struggle with there not being an East-West corridor should have also been chosen. I had turned my name in to serve on this board as my neighborhood not only deals with the traffic that is making it dangerous to simply enter or leave our neighborhood, but because of my wide reach within the special needs community and an understanding of what parents need for their kids with special needs.

HOWEVER, Sen. Dayton mentioned that one of the appointees learned that her husband had been diagnosed with cancer on the same day she accepted this appointment, and because of this may not be able to serve. This is one reason I feel it is SO important to email Sen. Dayton and respectfully share your concerns about there not being someone to balance Mr. Smith's involvement with the board.

Mr. Smith spoke on his feelings in regards to the East-West corridor and some of the decisions that had been made without input from his neighborhood. I could relate to how he felt as these same sort of decisions have been made that are now making my neighborhood a very frustrating place to live.

One thing I took note of though, that I didn't know before, is that Mr. Smith, at one time had been willing to facilitate the East-West corridor going in at the South inlet as long as he was able to help create where the actual road would be. I didn't know this, and strongly feel that it was a reasonable request to make.

But, as he began the process, he discovered that the decisions hadn't always been made on the up and up and wanted this process to go through the proper channels with the proper transparency being offered. Again, I understand this.

While many left the meeting feeling as though all was lost, I really didn't. I still firmly believe that if we are willing to work together and compromise, a way to bring access across our city can be found. And while I'm not sure how I feel about another level of bureaucracy to the issue, we now know to whom we can address our concerns and insure our voices, individually as well as collectively, can be heard.