On Thursday, January 26th  Highland received the county’s report on the referendum signatures. After reviewing the report our city recorder issued the final certification report which states the following: Of the 2,778 signatures submitted 2,404 were certified. This is 109 fewer signatures than the 2,513 which were required and there for the referendum will not be placed on the 2017 ballot. 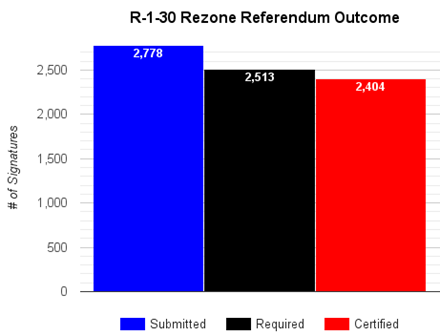 Note, 13.46% of the submitted signatures were disqualified. This is a little less than the ~15% which were disqualified in the referendum I was involved with a number of years ago. The Referendum Certification form can be found at the bottom of this post.

In response to an inquiry as to what recourse the sponsors of the referendum may have the Office of the Lt. Governor sent the following response to Jody Bates, our city recorder:

India said you called asking whether there is any way to supplement signatures or any recourse for a failed referendum attempt. Once signatures have been submitted and the deadline is past, if an attempt is deficient there is not really anything that the petition sponsors can do. The code does not allow for a second attempt after the deadline.

As a point of reference 8,108 out of 10,401 registered Highland voters cast ballots in the 2016 general election. Below is a table showing the voter information for the last three municipal elections: 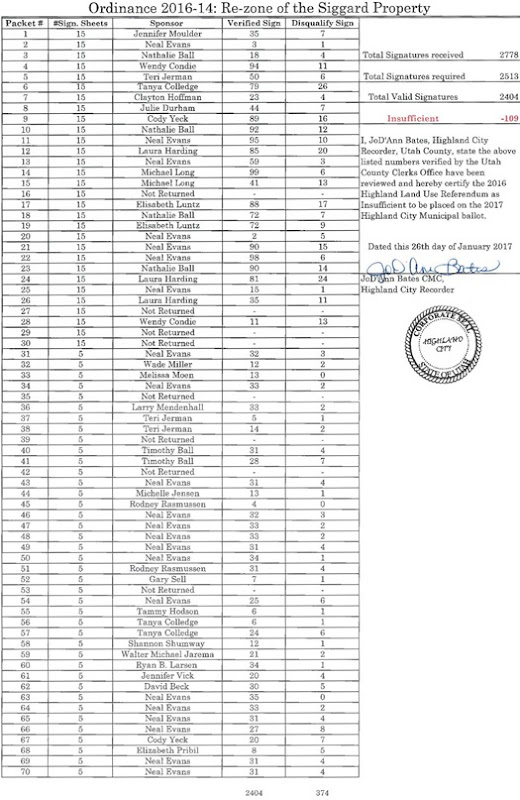