Sixteen residents and others attended the council meeting none were at the work session. 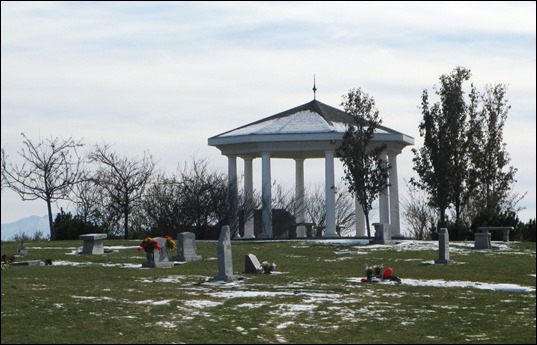 The Cemetery Fund currently has a balance of $10,000. Plot fees are presently being used to refund the city for the purchase of the cemetery land. The goal of a perpetual care fund would be to build up a balance that would generate enough interest to cover all or most of the cost of maintaining the cemetery. Matt Millis, Zion Bank, walked us through multiple scenarios for increasing the lot and burial fees in order to reach a fund balance that would be self-sustaining. We generally agreed to build a balance to that would cover some of the maintenance cost of the cemetery. The fees needed to be reviewed periodically. We felt that the city should pay some portion of the costs as the cemetery does fill a “park role” for some residents. The estimated percentage of “park”  was not fixed (10% to 15% was discussed). Staff will work with Mr. Millis to further refine the model and finalize initial fee recommendations. These would need to be approved at a future council meeting. Click here to review the presentation we were given.