About 40 people were in attendance. Most were there to discuss the rezone issue. This has been a somewhat controversial issue and we’ve had a lot of resident input. I ran a poll starting in September to better understand how residents feel about lot sizes (results shown below). Additionally, residents were not happy about the final vote and are petitioning for the matter to be on the 2017 election ballot. While technically the referendum can only overturn the decision to rezone this specific property a large majority decision on either side would be an indicator of the publics view of future R-1-40 to R-1-30 rezone requests. Anyone wishing to help gather signatures or sign a petition can contact Natalie Ball at responsiblegrowth@hotmail.com. I will discuss this further below. 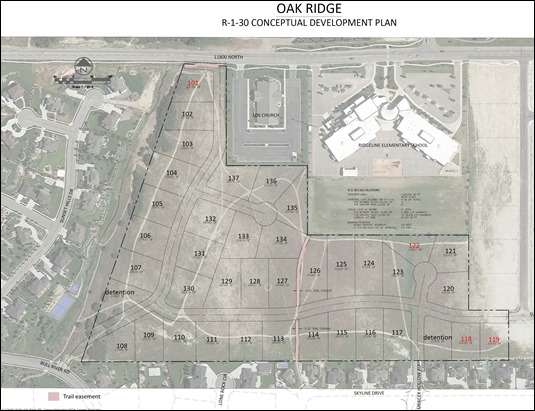