No Room For Them In The Inn—William George Jordan

The following is a chapter from William George Jordan’s book “The Crown of Individuality.” As always, his writing is filled with profound thoughts and great analogies.

No Room For Them In The Inn

The world’s attitude towards the birth of every great truth is focused in a single phrase in the simple story of the first Christmas, the greatest birthday since time began. Mary laid the infant Christ in a manger—“because there was no room for them in the inn.”

For worldly success, fame, social prestige, laurel-crowned triumph, the inn is illuminated; welcoming music fills the air; and the inn doors are thrown wide open. But struggle towards sublime attainment, heroic effort to better the world, simple consecration of soul to a noble ideal means—the manger and a lonely pathway lit only by the torch of truth held high in the hand of purpose.

Right must ever fight its way against the world. Truth must ever walk alone in its Gethsemane. Justice must bravely face its Calvary if it would still live in triumph after all efforts to slay it. Love must ever, in the end, burst forth in its splendour from the dark clouds of hate and discord that seek to obscure it. These great truths must be born in the manger of poverty, or pain, or trial, or suffering, finding no room at the inn until at last by entering it in triumph they honour the inn that never honoured them in their hours of need, of struggle or of darkness.

It requires sterling courage to live on the uplands of truth, battling bravely for the right, undismayed by coldness, undaunted by contempt, unmoved by criticism, serenely confident, even in the darkest hours, that right, justice and truth must win in the end.

We may see the inn welcome the successful without auditing the accounts of ways and means by which that success was won; pass in the hypocrite without realizing that his passport is forged, accept the swaggering and assertive at their own estimate, near-sightedly mistake the brass of pretense for the gold of true worth, give a fine suite of corner rooms to a fad and have no room at all for a philosophy. The world makes many mistakes. Time corrects many mistakes. Time is always on the side of right and truth. It is the silent ally of all great work. 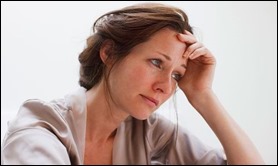 There comes a time in every individual life when earnest, honest effort, disheartened, dismayed, distressed, says: “What is the use of it all? Why should I suffer poverty, sorrow, loneliness and failure while I am trying so hard to be good, kind, sympathetic, helpful, and just? Why should I not have some of the good things I long for? Is the struggle for moral things really worthwhile after all?”

These are big questions; they are the very sobs of the soul. They are hard indeed to answer, but something within us, deeper than reason, tells us that it is worthwhile, that it must be and that we must set our feet bravely towards the future and do our best even when the clouds hang lowest. The seeming ease and prosperity of those leading idle, selfish lives should never divert us from the path of truth.

If we know we are right we should care naught for the crowd at the inn. It must be that there is something higher in life than the welcome at the inn, the approval of the world, or any accumulation of purely material things. There is the consciousness of work well done, of steadfast loyalty to an ideal, of faithfulness in little things, of lives made sweeter, truer, better by our living, of a lovelight in eyes looking into ours—these may be part of the glorious flowering of our days greater far to our highest self than any mere welcome at the inn.

Moral goodness or spiritual glow does not bring—worldly success. That it does is a delusive yet popular system of ethics. Daily exercise of all the higher virtues and keeping one’s moral muscles in prime condition does not necessarily bring—wealth and prosperity. If it were true the saints of the world would be the millionaires. Careful study of our richest class does not show they are conspicuous wearers of halos. If it were true, it would be placing the material side of life as the ideal, the goal, the aim, and end of living. High moral or spiritual life would be but a means, morality would be but a shrewd investment, prosperity a dividend.

He who speculates in morals for the coupons and trading stamps of success is not really moral, he is merely—hypocritic. Business success is the result of obeying, in some form, specific laws that make that success. Some of these laws are based on those of morals, some run parallel, some cut across morals on the bias, but they are not—identical. The angel Gabriel would probably not be able to make day’s wages in Wall Street. Christ had not “where to lay His head.” The only reason for being right, doing right, and living right is—because it is right.

True living brings peace to the soul, fibre to character, kingship over self, inspiration to others, but not necessarily—money and material prosperity. These are surely pleasing to possess; few people are trying very energetically to dodge them. They have their proper place in the scheme of life but they are not—supreme. If they were highest, candidates for the choicest seats in heaven could be selected purely by double “A” Bradstreet ratings; they would be taken ever from the crowded inn—not the lonely manger. At the inn they inquire: “Will it pay? Is it popular? Is it successful?” At the manger they ask: “Is it right? Is it true? Is it helpful?”

True living consists of living at our best without thought of reward—doing the highest right, as we see it, and facing results, calmly, courageously and unquestioning. It means living to give not to get, thinking more of what we can radiate than what we can absorb, more of what we are than of what we have.

Humanity dreams golden dreams of the wondrous things it would do if it only had money—the happiness, cheer, comfort, joy and peace it could bring to thousands. But wealth could not buy the very things the world hungers for most—love, kindness, calmness, inspiration, peace, trust, truth and justice. The greatest gift the individual can give the world is—personal service. The manger typified personal service, consecrated freely to humanity. 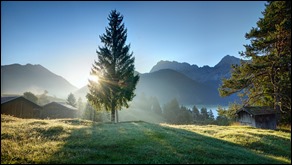 Every great truth in all the ages has had to battle for recognition. If it be real it is worth the struggle. Out of the struggle comes new strength for the victor. Trampled grass grows the greenest. Hardship and trial and restriction and opposition mean new vitality to character. In potting plants it is well not to have the pot too large, for the more crowded the roots the more the plant will bloom. It is true, in a larger sense, of life. The world has ever misunderstood and battled against its thinkers, its leaders, its reformers, its heroes.

We must all fight for our ideals, for truth, for individuality, never counting the cost, never keeping our ears close to the ground to hear the faint murmurs of approval or condemnation from the self-absorbed crowd at the inn.

If confident that we are right, according to our highest light, if we are sailing by our chart, guided by our compass, freighted with a true cargo and headed for our harbour let us care naught for what the world says. What matters it if the world thinks our economy for some unselfish purpose known to us alone is meanness, our loyalty to an ideal is folly, our decision of a right is the climax of error and the joy that is nearest and dearest but an empty dream?

The world ever comes round at last to the point of view of the man who is right. The inn finally finds room for truth and right—when they have proved themselves. The manger and the lonely path are ever—finally vindicated. It is the final surrender to—the crown of individuality.