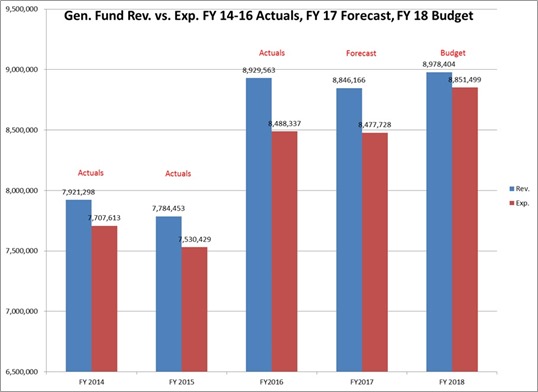 Sixteen residents attended the meeting; three were candidates, the rest had items of concern on the agenda or were there for scouting. We were done in less than an hour – most likely a record for an annual budget meeting. We were able to get through the budget “quickly” because of the discussions that we had in prior council meetings/work sessions, staff’s thoroughness in preparation and the mayor who moved things along.