Facing the Mistakes of Life by William George Jordan 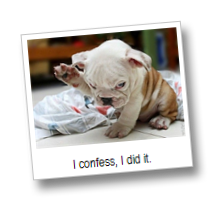 “Facing the Mistakes of Life” is a short chapter from William George Jordan’s book The Crownship of Individuality wherein he discusses “mistakes”. He provides excellent advice on a subject with which many of us are intimately familiar. Links to downloadable versions of this book and Jordan’s others can be found in my post Books by William George Jordan.

Facing the Mistakes of Life

There are only two classes of people who never make mistakes,—they are the dead and the unborn. Mistakes are the inevitable accompaniment of the greatest gift given to man,—individual freedom of action. If he were only a pawn in the fingers of Omnipotence, with no self-moving power, man would never make a mistake, but his very immunity would degrade him to the ranks of the lower animals and the plants. An oyster never makes a mistake,—it has not the mind that would permit it to forsake an instinct.

Let us be glad of the dignity of our privilege to make mistakes, glad of the wisdom that enables us to recognize them, glad of the power that permits us to turn their light as a glowing illumination along the pathway of our future.

Mistakes are the growing pains of wisdom, the assessments we pay on our stock of experience, the raw material of error to be transformed into higher living. Without them there would be no individual growth, no progress, no conquest. Mistakes are the knots, the tangles, the broken threads, the dropped stitches in the web of our living. They are the misdeals in judgment, our unwise investments in morals, the profit and loss account of wisdom. They are the misleading bypaths from the straight road of truth—and truth in our highest living is but the accuracy of the soul.

Human fallibility, weakness, pettiness, folly and sin are all—mistakes. They are to be accepted as mortgages of error, to be redeemed by wiser living. They should never weakly be taken as justifying bankruptcy of effort. Even a great mistake is only an episode—never a whole life.

Life is simply time given to man to learn how to live. Mistakes are always part of learning. The real dignity of life consists in cultivating a fine attitude towards our own mistakes and those of others. It is the fine tolerance of a fine soul. Man becomes great, not through never making mistakes, but by profiting by those he does make; by being satisfied with a single rendition of a mistake, not encoring it into a continuous performance; by getting from it the honey of new, regenerating inspiration with no irritating sting of morbid regret; by building better today because of his poor yesterday; and by rising with renewed strength, finer purpose and freshened courage every time he falls.

In great chain factories, power machines are specially built to test chains—to make them fail, to show their weakness, to reveal the mistakes of workmanship. Let us thank God when a mistake shows us the weak link in the chain of our living. It is a new revelation of how to live. It means the rich red blood of a new inspiration.

If we have made an error, done a wrong, been unjust to another or to ourselves, or, like the Pharisee, passed by some opportunity for good, we should have the courage to face our mistake squarely, to call it boldly by its right name, to acknowledge it frankly and to put in no flimsy alibis of excuse to protect an anaemic self-esteem.

If we have been selfish, unselfishness should atone; if we have wronged, we should right; if we have hurt, we should heal; if we have taken unjustly, we should restore; if we have been unfair, we should become just. Regret without regeneration is—an emotional gold-brick. Every possible reparation should be made. If confession of regret for the wrong and for our inability to set it right be the maximum of our power let us at least do that. A quick atonement sometimes almost effaces the memory. If foolish pride stands in our way we are aggravating the first mistake by a new one. Some people’s mistakes are never born singly—they come in litters.

Those who waken to the realization of their wrong act, weeks, months or years later, sometimes feel it is better to let confession or reparation lapse, that it is too late to reopen a closed account; but men rarely feel deeply wounded if asked to accept payment on an old promissory note—outlawed for years. 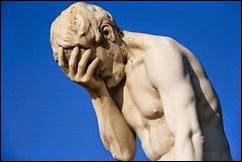 Some people like to wander in the cemetery of their past errors, to reread the old epitaphs and to spend hours in mourning over the grave of a wrong. This new mistake does not antidote the old one. The remorse that paralyzes hope, corrodes purpose, and deadens energy is not moral health, it is—an indigestion of the soul that cannot assimilate an act. It is selfish, cowardly surrender to the dominance of the past. It is lost motion in morals; it does no good to the individual, to the injured, to others, or to the world. If the past be unworthy live it down; if it be worthy live up to it and—surpass it.

Omnipotence cannot change the past, so why should we try? Our duty is to compel that past to vitalize our future with new courage and purpose, making it a larger, greater future than would have been possible without the past that has so grieved us. If we can get real, fine, appetizing dividends from our mistakes they prove themselves not losses but—wise investments. They seem like old mining shares, laid aside in the lavender of memory of our optimism and now, by some sudden change in the market of speculation, proved to be of real value.

Realizing mistakes is good; realizing on them is better. When a captain finds his vessel is out of the right channel, carried, by negligence, by adverse winds or by blundering through a fog, from the true course, he wastes no time in bemoaning his mistake but at the first sunburst takes new bearings, changes his course, steers bravely towards his harbour with renewed courage to make up the time he has lost. The mistake means—increased care and greater speed.

Musing over the dreams of youth, the golden hopes that have not blossomed into deeds, is a dangerous mental dissipation. In very small doses it may stimulate; in large ones it weakens effort. It over-emphasizes the past at the expense of the present; it adds weights, not wings, to purpose. “It might have been” is the lullaby of regret with which man often puts to sleep the mighty courage and confidence that should inspire him. We do not need narcotics in life so much as we need tonics. We may try sometimes, sadly and speculatively, to reconstruct our life from some date in the past when we might have taken a different course. We build on a dead “if.” This is the most unwise brand of air-castle.

Even if these courses might have been wiser, and we do not really know, it is now as impossible to change back to them as for the human race to go back to the original bit of protoplasm from which science declares we are evolved. The past does not belong to us to change or to modify; it is only the golden present that is ours to make as we would wish. The present is raw material; the past is finished product,—finished forever for good or ill. No regret will ever enable us to relive it.

The other road always looks attractive. Distant sails are always white; far-off hills always green. It may perhaps have been the poorer road after all, could our imagination, through some magic, see with perfect vision the finality of its possibility. The other road might have meant wealth but less happiness; fame might have charmed our ears with the sweet music of praise, but the little hand of love that rests so trustingly in ours might have been denied us. Death itself might have come earlier to us or his touch stilled the beatings of a heart we hold dearer than our own. What the other road might have meant no eternity of conjecture could ever reveal; no omnipotence could enable us now to walk therein even if we wished.

We cannot relive our old mistakes, but we can make them the means of future immunity from the folly that caused them. If we were impatient yesterday, it should inspire us to be patient today. Yesterday’s anger may be the seed of today’s sweetness. Today’s kindness should be the form assumed by our regret at yesterday’s cruelty. Our unfairness to one may open our eyes to the possibility of greater fairness to hundreds. Injustice to one that may seem to have cost us much may really have cost us little if it makes us more kind, tender and thoughtful for long years.

It is a greater mistake to err in purpose, in aim, in principle, than in our method of attaining them. The method may readily be modified; to change the purpose may upset the whole plan of our life. It is easier in mid-ocean to vary the course of the ship than to change the cargo.

Right principles are vital and primary. They bring the maximum of profit from mistakes, reduce the loss to a minimum. False pride perpetuates our mistakes, deters us from confessing them, debars us from repairing them and ceasing them.

Man’s attitude towards his mistakes is various and peculiar; some do not see them; some will not see them; some see without changing; some see and deplore, but keep on; some make the same mistakes over and over again, in principle not in form; some blame others for their own mistakes; some condemn others for mistakes seemingly unconscious that they themselves are committing similar ones; some excuse their mistakes by saying that others do the same things, as though a disease were less dangerous when it becomes—epidemic in a community.

Failure does not necessarily imply a mistake. If we have held our standard high, bravely fought a good fight for the right, held our part courageously against heavy opposition and have finally seen the citadel of our great hope taken by superior force, by overwhelming conditions, or sapped and undermined by jealousy, envy or treachery we have met with failure, it is true, but—we have not made a mistake.

The world may condemn us for this non-success. What does the silly, babbling, unthinking world, that has not seen our heroic efforts, know about it? What does it matter what the world thinks, or says, if we know we have done our best? Sometimes men fail nobly because they have the courage to forego triumph at the cost of character, honour, truth and justice.

Let us never accept mistakes as final; let us organize victory out of the broken ranks of failure and, despite all odds, fight on calmly, courageously, unflinchingly, serenely confident that, in the end, right living and right doing—must triumph.