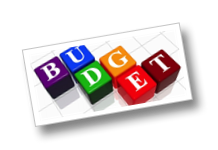 Once again it is time for the council to start reviewing budget proposals for next year. We recently received an initial 2015-2016 budget draft to discuss at a council work session on April, 14th (6pm at city hall). The budget draft also included a snapshot of where we are as of the end of Feb with respect to the current budget year.

I’ve put this information online in Google in an effort to help any residents who want to contribute in the budget discussion. Please feel free to come to the work session and/or share in questions or comments. You can also email or call me with questions before or after the meeting and I’ll do my best to respond.

The online spreadsheet contains multiple sheets. Below is a description of each sheet in the draft budget: